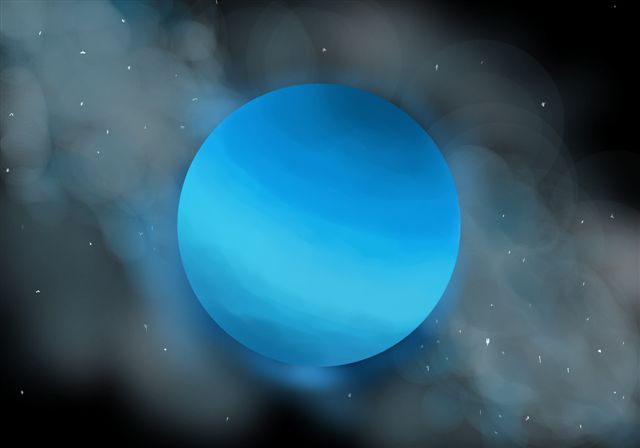 Floating Planets (or Rogue Planets) are planetary masses that are not gravitationally connected to stars, brown dwarfs, or other celestial bodies, and orbit directly around a galaxy. They can be repelled out by various mechanisms, such as an orbital shift of gas giants, or by massive objects passing nearby. However,  there are also floating planets that were formed by the gravitational collapse of a gas cloud, but they were too small to undergo a fusion reaction at their centers, which is the case with normal stars. The term planetary-mass object (PMO) is used to refer to all of these planetary and quasi-planetary objects. There is no radiative heat source from a host star, but in the case of rocky planets, there is the possibility of an internal heat source (radioactive decay), and in the case of gas giants, it is thought that infrared radiation from compression may be trapped and retain heat and thus the planet can maintain an atmosphere. The number of these gas giants is thought to be twice as much as the number of stars in our galaxy, and only in February 2017 did observations of galaxies outside the system, using the microlensing method, capture enough evidence for the existence of this large number of floating planets in galaxies outside our system.
(Yamashiki and Sasaki)