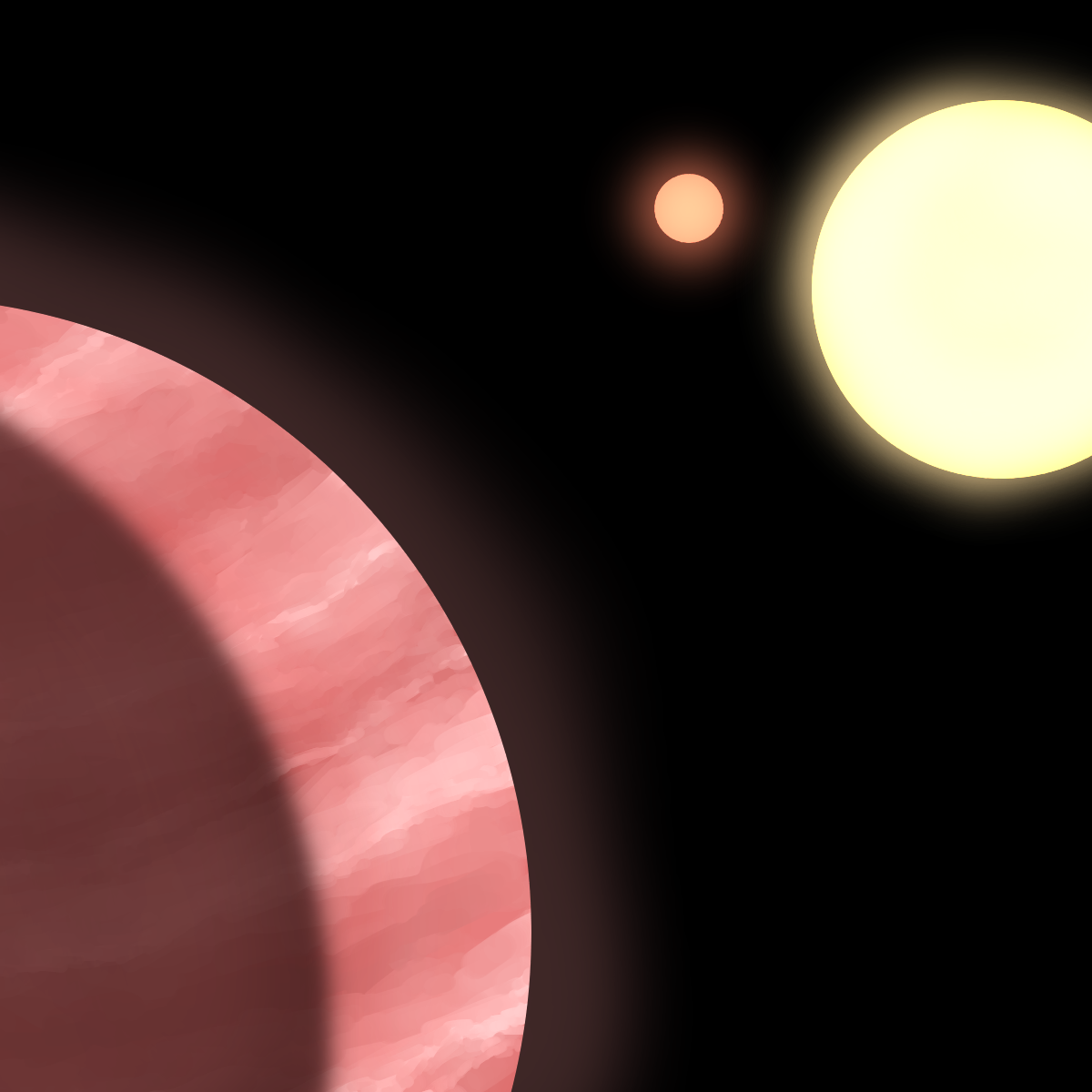 TOI-1338b is a binary planet, orbiting around the binary star system TOI-1338. It was discovered by a high school student doing a NASA internship program.

TOI-1338 is a binary star located in the Pictor constellation, about 1300 light-years away from Earth. The main star has a mass of about 1.1 times that of our sun, while the companion star has a mass about ⅓ of the sun. It takes about 15 days for them to orbit around each other. The main star has a radius about three times that of the sun, and a surface temperature of 5723 K, which is similar to the sun. It is a spectral G4 type star, with an apparent magnitude of 11.5, and an absolute magnitude of 3.5. The name, TOI, is an acronym for “TESS Object of Interest” which refers to the stars and planets discovered by the exoplanet exploration satellite TESS. With the discovery of TOI-1338b, TOI-1338 became the first binary star that has a binary planet discovered by TESS.

TOI-1338b is a unique planet that has a mass about 7 times that of the Earth, and was discovered by the transit method in 2020. Because the star is binary, the transit cycle is irregular at about 93-95 days. Since the orbit almost coincides with the orbit of the binary star, the planet always has a solar eclipse. According to ExoKyoto’s spectrum module, the light on the planet is 44.51% visible light, 47.80% infrared, and 7.66% ultraviolet.