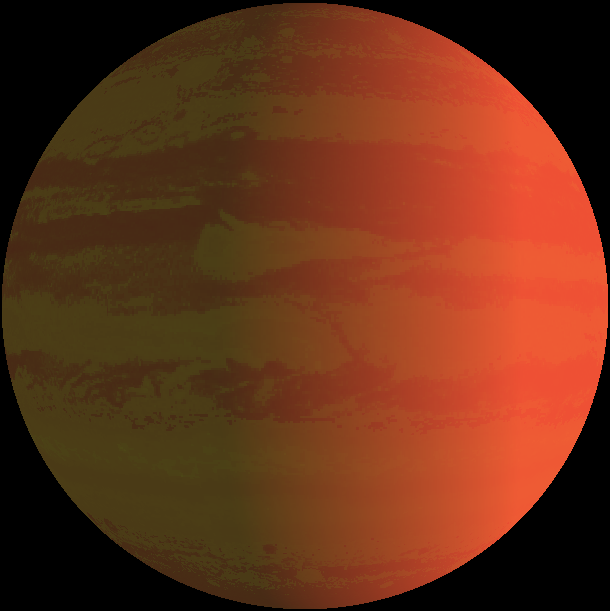 WASP-76b is an exoplanet that revolves around the star WASP-76 about 640 light years away in the Pisces constellation.

The star WASP-76 has an apparent magnitude of 9.5, an absolute magnitude of 4.1, and is a spectral F7 type star with a surface temperature of 6250K.

WASP-76b is the only planet orbiting WASP-76 and it is classified as a hot jupiter.

The exoplanet was discovered by the transit method in 2013.

Its temperature is 2700K on the day-side and 1800K on the night-side; it is tidally locked.

In 2020, observations at the Paranal Observatory with the Very Large Telescope (VLT) revealed that the day-side atmosphere was rich in iron vapor.

A strong wind blows on the surface because the temperature difference between the day-side and the night-side is close to 1000K. The wind and the rotation carry iron vapor from the day-side to the night-side, which causes cooling. It is thought that this causes condensation, which becomes rain.