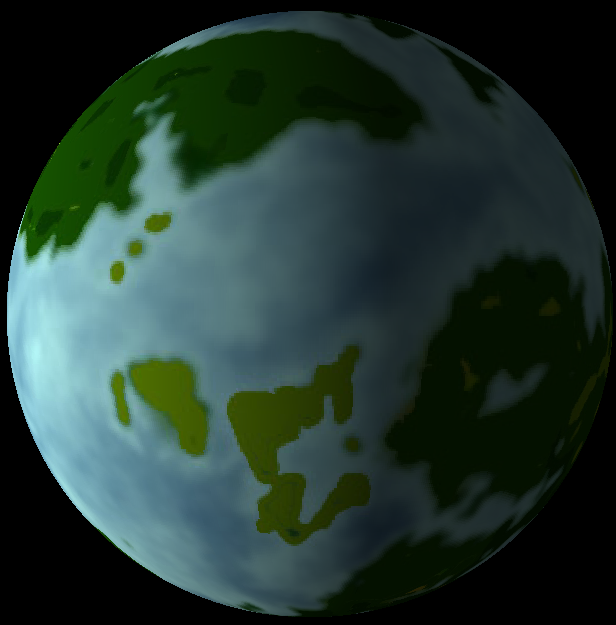 Kepler-1649 c is an Earth-sized exoplanet discovered by re-analyzing data from the Kepler space telescope. Its size is around 1.06 times the radius of the earth, and the mass is 1.21 times the mass, estimated by ExoKyoto. The host star, Kepler-1649, is an M5V type red-dwarf with a surface temperature of 3240K. Its radius is estimated to be about 25% of the sun and its mass is about 21.9%. The exoplanet orbits the red dwarf, at around 0.0855 astronomical units (1,280,000 km) which takes about 19.5 days. The estimated black body temperature of Kepler-1649 c is 245.39K assuming an albedo of 0.3, which is almost the same as the earth (255K). If the atmospheric pressure and components are similar to the earth, it is very probable that its environment also resembles the Earth

However, the exoplanet is most likely tidally locked, due to it revolving around a red dwarf star. Also, the light seen from the surface of the planet would be significantly different from sunlight on Earth, composed of about 90% infrared rays and only 8.87% visible light component (according to Exo Kyoto).